I wanted to treat a client who has been really good to us since we started our business to a nice long leisurely lunch and kill two birds with one stone by doing a review at the same time. Having eaten in most of the best places for this blog over the last year the best I could come up with was Pearl Brasserie. It's a basement restaurant that has a special place in my heart because i got my break there as a chef under it's previous name of lloyds Brasserie. I was 21 when the infamous Conrad Gallagher handed me the keys and sent me down to run the place. The first job he gave me was to go and sack the previous chef and I nearly shat myself walking down as a kid who could cook but hadn't a clue about running a business. Back then it was all flashy food and funky cheap decor. The place did OK and I lasted about a year but one morning I arrived to find the front doors chained closed. I called Conrad and he said "I'm having a disagreement with the fuckers over the rent" and that was that. Lloyds was no more. So having spent a year of my young life running the place I was keen to see what it had become. Basement restaurants are tricky and they can be spectacular failures but I couldn't believe the transformation on walking in to Pearl. The design is lush, comfortable and we were ushered in to a grand little booth down the back that was like a private dining room for 2 and which was a million miles away from the hustle and bustle outside. 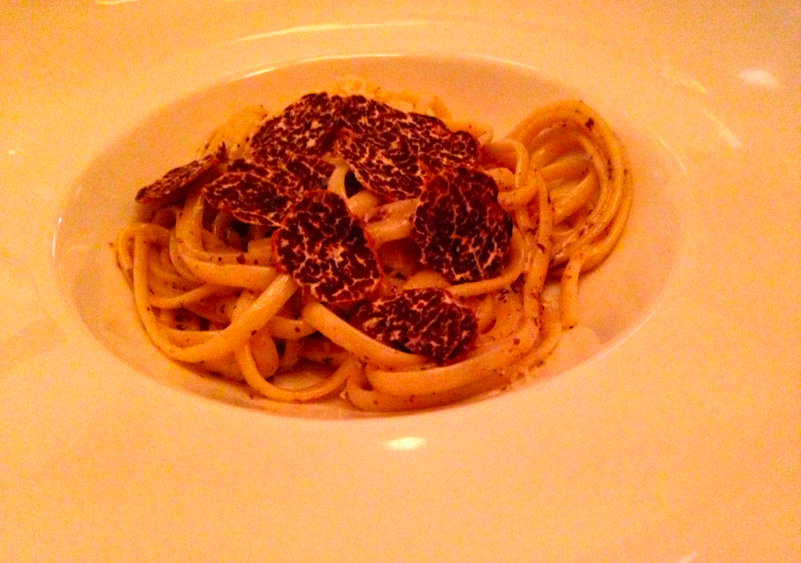 We were served by a couple of French waitresses. French serving people come in two forms...They are either arrogant Gauloise smoking twats who think the world owes them something or charming knowledgable foodies who are trained to perfection. Luckily our two French waitresses were from the later group and they made us feel right at home. I started with simple black truffle pasta. Any old asshole can cook pasta at home but for it to be good enough to charge 14 Euros it has to be mind blowing. I'd have paid double for this it was that good. Probably some of the best pasta I'd ever had in Ireland. I'd eat this every day. On to the main courses and even though I was thinking about the Sole (main picture at top) we didn't want to have the same thing so I went for the pigeon. Hopefully it came from France rather than around the corner on St Stephens Green. This was brilliantly cooked and so pink it was nearly raw. There was a little lollipop of pigeon. A breast. A little Ravioli, spinach and some sauce. I actually forgot there was some Fois Gras with it and discovering that was like winning a food lottery ticket without knowing you were even in the draw. I know this sort of cooking and it takes a fucking genius with a well oiled team to pull it off. Get it wrong and this sort of delicate dish would be a disaster but the group of chefs here pulled together all the pieces to perfection. Every mouthful was like a taste of heaven. Sheer food porn. 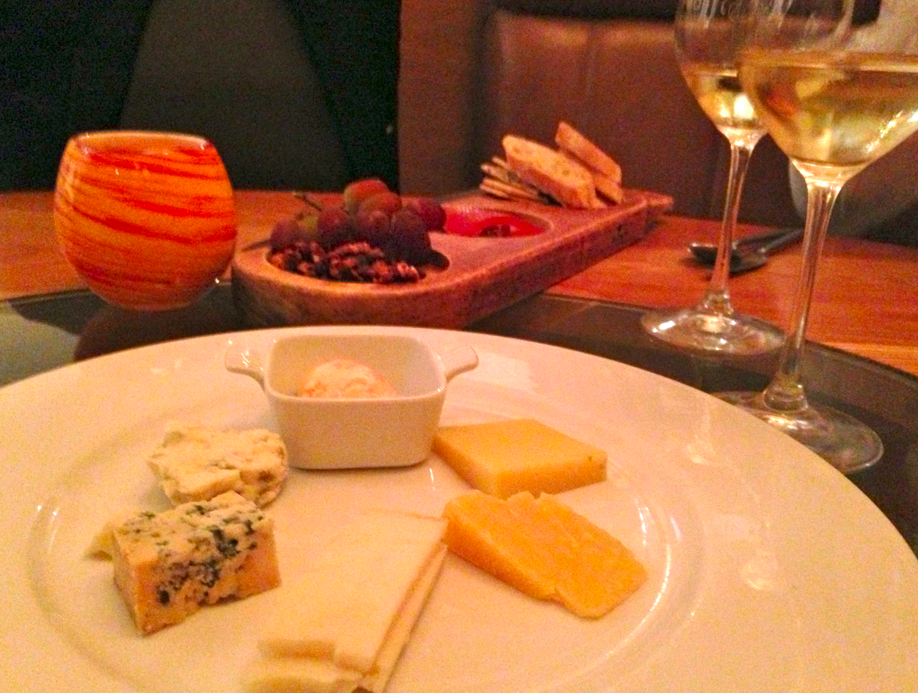 We Finished with 2 French classics...a cheese plate and some creme brulee. Very hard to get these wrong wrong but plenty of places still do. Like the amount of times you have to ask for more crackers with your cheese is just baffling in restaurants. Just put a fuck load on there in the first place and stop being cheap stakes. You can't physically eat 5 pieces of cheese with 4 crackers. Luckily Pearly didn't fail any of these simple tests and the brulee was simple sheer perfection too. 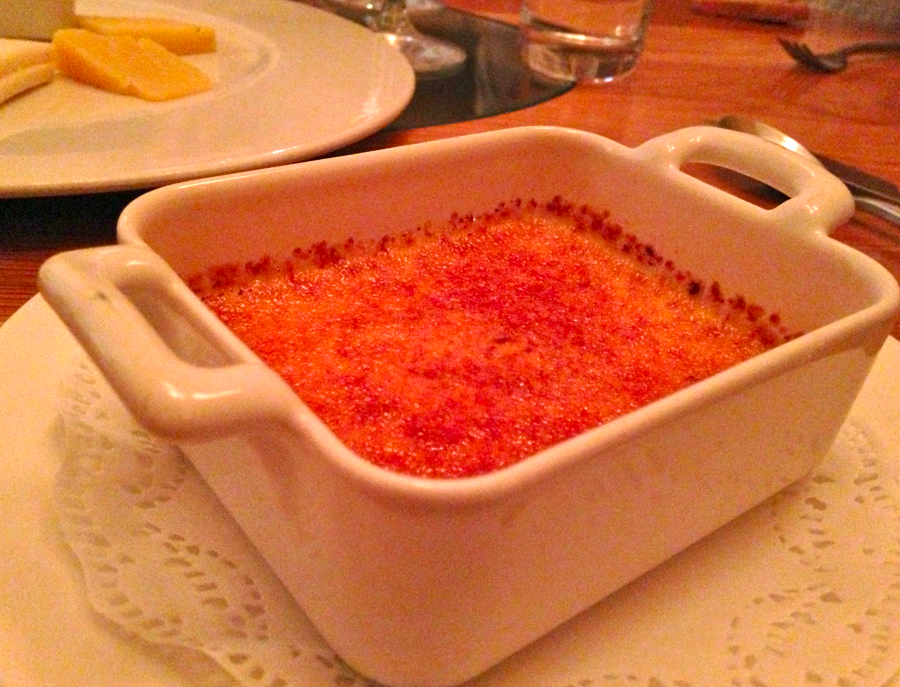 The only thing you might not like are the crowd. This is right opposite the Dail and beside the Merrion Hotel so you can hear chatter about political deals, IMF loans and rich foreign tourists. Luckily the tables are well spread out so you can escape the conversations and just enjoy the food and the fantastic service. All in all a glorious experience and the place has been transformed. As I walked out the door I remembered one of my highlights of my young career which was cooking in that very spot for Robbie Williams the day he played a sold out Slane Castle. As I saw him jumping around the stage later that day I thought to myself he is doing it with my Sheppard's Pie in his belly. Just like Robbie was a bit of a fad that came and went so was Lloyds Brasserie and the financials just didn't stack up. Peal Brasserie on the other hand is more of a U2. Strong, talented, lots of flair, classy and will become and institution on the Dublin food scene. A wonderful Dublin restaurant and some of the best French food in Dublin if not the best.

The View From Others

I am only one person eating there on one day so to give a more balanced review of the place here are what some other people have been saying avout the place...
A fois gras protest no less
Wholemeal
Dublin Food Girl
A Year of travel

Attention First-Time Buyers: This Brunch Event Will Have All The Info You Need

Eight Reasons Maynooth Is A Wonderful Place To Live

I Finally Tried A Restaurant I’d Passed A Million Times

Why You Should Never Eat Fish On A Monday - Eatery 120

Get the best of your city straight to your inbox.